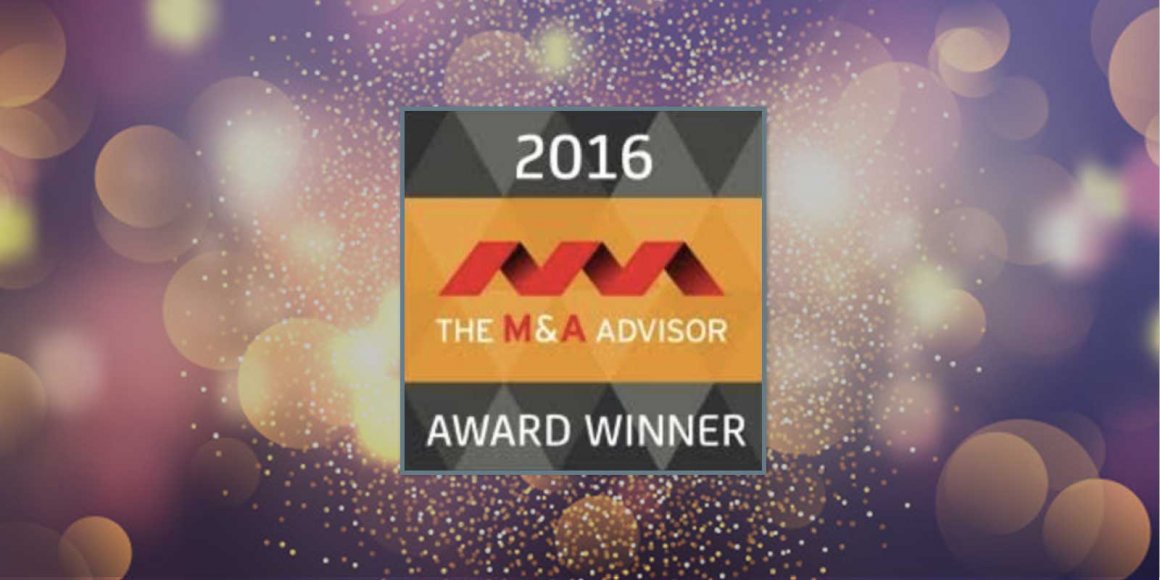 “Since 2002, we have been honoring the leading M&A transactions, companies and dealmakers. It gives us great pleasure to recognize ButcherJoseph and bestow upon them our highest honor for M&A firms and professionals,” said David Fergusson, Co-CEO and President, The M&A Advisor. ButcherJoseph represents the best of the M&A industry in 2016 and earned these honors by standing out in a group of very impressive candidates.”

ButcherJoseph Managing Partner and Co-Founder Keith Butcher commented, “We are honored to be recognized for our work on not just one but two deals this year, both of which involved ESOPs. Over the last three years, our team has sourced more than $2 billion in sophisticated debt solutions for ESOP-related transactions. We were privileged to lead the respective transactions for Advanced Diagnostic Group and DAI Global, and take great pride in the design and implementation of customized capital structure solutions for all of our clients.”

About the M&A Advisor
The M&A Advisor was founded in 1998 to offer insights and intelligence on M&A activities. Over the past eighteen years, we have established the premier global network of M&A, Turnaround and Finance professionals. Today, we have the privilege of presenting, recognizing the achievements of, and facilitating connections between the industry’s top performers throughout the world with a comprehensive range of services.