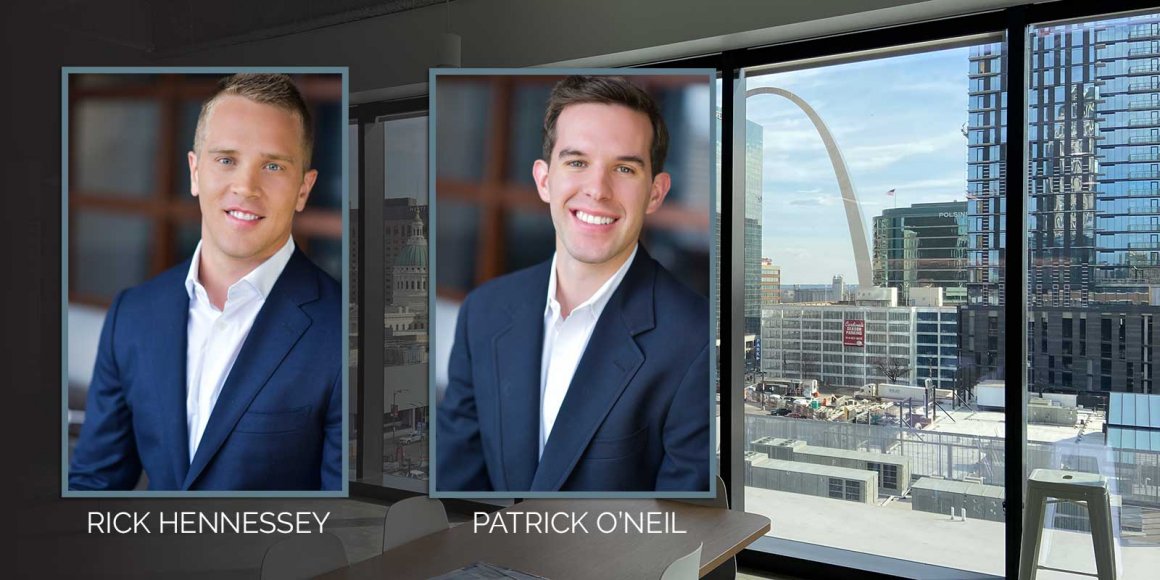 ButcherJoseph & Co. is pleased to announce that Rick Hennessy and Patrick O’Neil have joined the firm as Analysts. Both Rick and Patrick will work from the firm’s headquarters in St. Louis. Their responsibilities will include conducting financial analysis and developing presentation materials in support of the firm’s valuation and advisory practices.

Alberto del Pilar, a managing director with ButcherJoseph, stated, “It is a true pleasure to welcome two professionals to our growing team. Both analysts bring a record of academic and professional achievement demonstrating their analytical capabilities, work ethic and ability to contribute to our firm’s ongoing commitment to client success.”

Patrick holds a Bachelor’s Degree in Economics from Princeton University, where he served as the captain of the varsity soccer team. After pursuing an opportunity to play soccer professionally, Patrick first joined the firm through the ButcherJoseph & Co. Internship Program. He is the third professional hired out of our internship program.